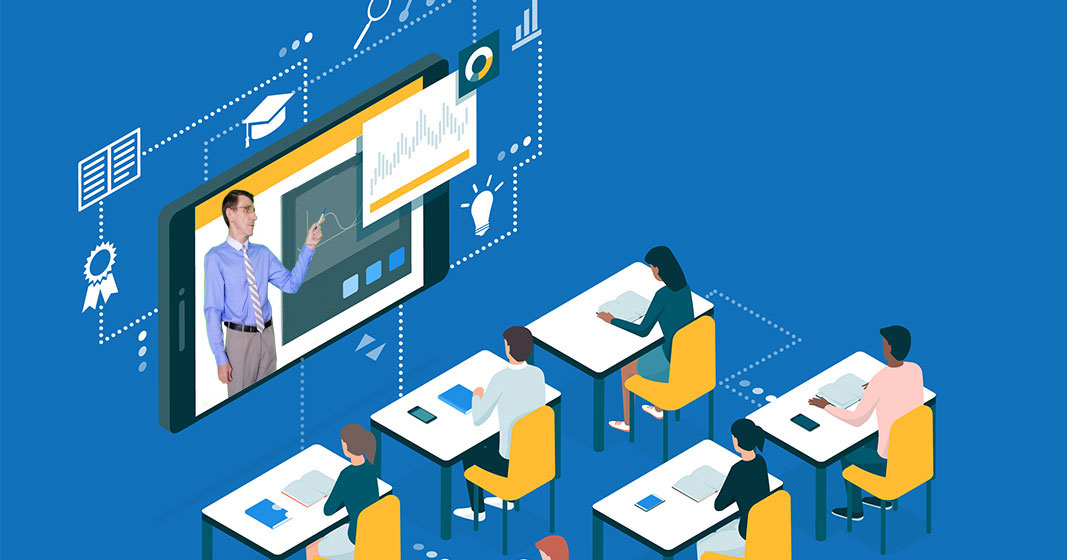 English Language Teaching Methods can be different,  and, as it may seem at first glance, there are many different English learning methods in the world. There is even a method of learning English which is called “the silent method.” It is clear that neither this nor many other methods have nothing to do with the actual learning of English language. 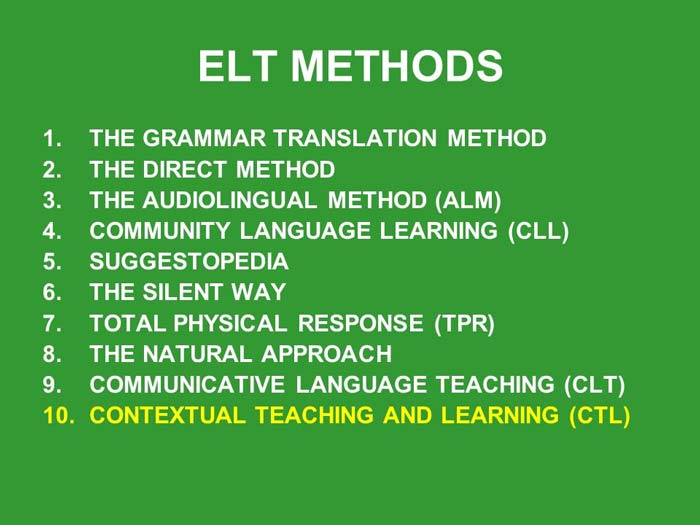 The Grammar Method appeared a long time ago in those times when there were no computers or even audio players. There were only books. Therefore, people read them, learned grammar, translated from one language into another and tried to memorized the words of a foreign language. Very often they did it quite successfully. All outstanding books translators, as well as interpreters of the past, studied English using the Grammar Method. The big disadvantage of this method is the lack of conversational practice. Therefore, linguists and English teachers were constantly looking for other, more progressive methods of learning and teaching English.

When England colonized many countries that had absolutely no idea about English language, there arose the problem of teaching English to local princes so that British colonizers could manage their colonies. For this purpose, they invented the so-called Direct Method, i.e., teaching English without learning grammar and without translation. Welcome to a parrot training school.

If you have ever seen a talking parrot, then you can imagine what it is. If you repeat a word many times and show a picture or an objects associated with this word to a parrot, a parrot will remember it and even be able to reproduce it. There are also parrots that can consciously reproduce even whole sentences. I have already said that after studying English in a kindergarten, at school and at university for about 20 years, English learners can remembers can remember only several hundred words and 10 – 20 sentences. I suspect that if to teach a clever parrot that way for 20 years, it will learn more words and sentences than most humans will do.

Since both of above mentioned methods turned out to be ineffective, educators tried to find more effective methods to learn and to teach English which resulted in the appearance of  communicative methods of learning and teaching English. There was a time when so-called methods of learning English through immersion were popular. They arose after quite successful experiments of Dr. Lozanov, who invented the so-called suggestive method. Dr. Lozanov’s lessons modeled some real situations where students tried to speak only English. As Dr. Lozanov was a good hypnotist, he could immerse his students in a hypnotic state in which the effectiveness of training was greatly enhanced.

Other teachers who weren’t good hypnotists  tried to imitate Dr. Lozanov’s lessons, but their attempts were absolutely fruitless. A friend of mine visited a group in which they allegedly learned English by immersion techniques. “And what did you do there?” I asked him. “We imitated a train walking one after another and sang English songs,” he replied. Everything that my friend could learn there were a few English words and some sentences. However, classes in such groups were very expensive in those days. Nowadays, such English classes are not less expensive.

Many English learners believe that if they learn English in such a group, then after the end of the course (two weeks, a month) they will tweet in English like a nightingale. I, at the time when I began to learn English, also believed that one can learn English at short term English courses. But after attending English and German courses, I realized that it was just waste of time and money. After completing the courses I had completely written notebooks with words, sentences and grammar rules, but I have nothing in my brain.

My most significant acquisitions after completing of the English courses were audio recordings of various English programs that I copied from teacher’s tapes. Those audio recordings were without translation and even without texts. So I had to listen to them many times and write down the text. Sometimes, I had to listen to one word or sentence 30–40 times and look for similar words in a dictionary before I started to hear clearly how it sounds and could write it down. In such a way, I written down and translated all the audio recordings. It took me about a year. But after that year, I could understand and write a text of almost any audio recording. I could also understand news programs or movies where I could hear the correct, normative English language.

I was very proud of myself and started to think that I finally mastered English. This self-delusion ended suddenly when I came to London for the first time and asked a policeman how to get from the hotel to the center of London. What I heard sounded for me as a set of absolutely meaningless sounds. I did not understand a single word of what he said. Then I asked other people. Some of them spoke quite clearly, and I could understand them. Then I made friends with the British people, and gradually, I began to understand them. It took a lot of time. Then I learned that the British people speak with different accents. At that they have different accents almost in each city and in each village. And those accents are very different from normative English language. Therefore, very often, even inhabitants of South London do not understand inhabitants of North London. If you want to  know about English accents, follow this link and learn very interesting and useful things about them.

However, let us return to our main topic: English Language Learning Methods. We have already learned that there are two main methods of learning and teaching English. All the other existing methods are just their various combinations and nothing else. Recently, thanks to the desire of many countries to help their citizens to learn English, the TEFL (Teaching English as a Foreign Language) system has appeared. This system has its centers in many universities (such as Oxford, for example), it organizes courses for English teachers around the world, publishes millions of English textbooks and it also makes recommendations how how to teach English as a foreign language. I know this system very well because I have the TEFL diploma and I teach my students according to TEFL system’s rules.

The latest achievements of the TEFL system are a complete and categorical ban on translating from English into local languages and the idea of learning grammar by inductively. 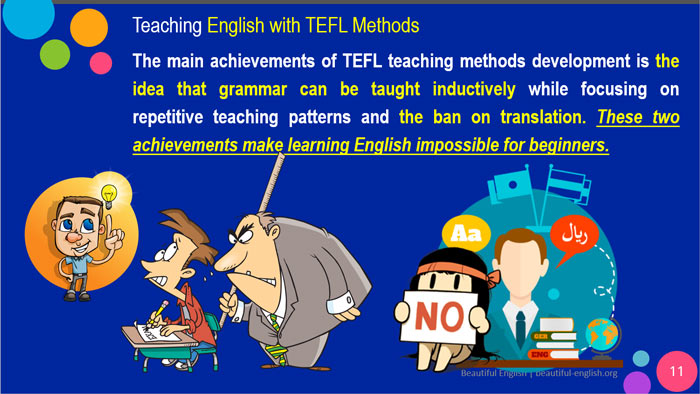 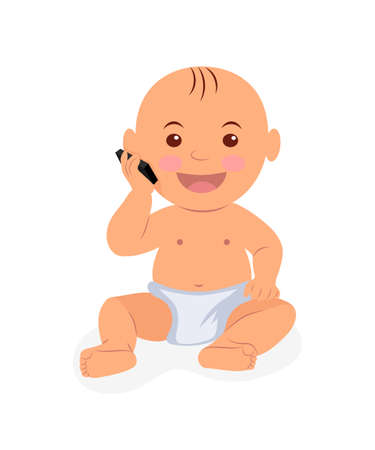 Adults’ brains are not so clean and their learning programs are not so flexible. Adults have already formed muscle patterns of pronouncing words and phrases of their native language. Therefore, their brains and the entire muscular system must be retrained so that it can assimilate other ways of building sentences and can form new muscle patterns for pronouncing words and sentences of a foreign language. And it is a very big mistake if anyone thinks that it is possible without learning grammar directly and without forming new speaking muscle patterns.  And they are formed only after a long practice. It is also necessary to take into account the fact that in order to master a foreign language at a high level, the learning process should be meaningful and understandable. It means that students should understand what they are doing, and they should understand the meanings of words and sentences. Without translation it is impossible.

In many countries where English is taught as a foreign language, teaching is carried out using TEFL textbooks written exclusively in English, and foreign teachers speak only English. Therefore, only gifted and clever children can understand 5 – 10% of what they are learning. Less gifted children do not understand anything at all. Therefore, they do not speak even after 20 years of studying English. These two achievements of TEFL system (the ban of translation and the learning grammar inductively) made learning English almost impossible, especially for beginners. Therefore, all those modern communicative methods are ineffective and useless.

Since grammar isn’t taught directly and translation is prohibited, we decided to create a learning program that would enable English learners to learn speaking English without learning grammar and without translation. We also invented the Synergetic Language Matrix, a new and very effective speaking training technology that enables a teacher to use rainbow colors and pictures to show grammar elements and a sentence structure so that students don’t need to learn grammar and understand everything without translation. Stay with us, read our blog, and you will learn everything about this wonderfool and very powerful learning technology. And, of course, you can learn speaking English with our Top English Speaking Training Courses.